HERA telescope in the Karoo gets $9.5 million funding injection to view the Universe’s first stars and galaxies

The Hydrogen Epoch of Reionisation Array (HERA) brings more international funding to South Africa with a $9.5 million investment to expand its capabilities, as announced today by the US National Science Foundation. HERA is located only a few kilometres from the MeerKAT radio telescope, which began initial science operations in July, marked by Department of Science and Technology Minister Naledi Pandor.

HERA, which was recently granted the status of a Square Kilometre Array (SKA) precursor telescope, currently has 19, 14-metre radio dishes at the SKA South Africa Losberg site near Carnarvon. These will soon be increased to 37. The $9.5 million in new funding, will allow the array to expand to 220 radio dishes by 2018.

This innovative telescope aims to detect the distinctive signature that would allow astronomers to understand the formation and evolution of the very first luminous sources: the first stars and galaxies in the Universe. The HERA radio telescope follows in the footsteps of a precursor instrument called PAPER (Precision Array for Probing the Epoch of Reionisation) also located in the Karoo.

The much more sensitive HERA, operating in the Karoo with minimal man-made radio interference, will explore the billion-year period after hydrogen gas collapsed into the first galaxies, a few hundred million years after the Big Bang, through the ignition of stars throughout the Universe – the first structures of the Universe we observe today.

“The Universe was formed in a Hot Big Bang of particles and radiation 14 billion years ago, but soon cooled down and was dark for hundreds of millions of years, before any stars formed. Nobody yet knows when these stars formed. Today’s announcement increases the chances that signs of the first stars and galaxies ever to be created will soon be detected – in South Africa’s Northern Cape,” explains the SKA South Africa Chief Scientist, Dr Fernando Camilo.

“Astronomers want to know what happened to the Universe after it emerged from its so-called ‘dark ages’,” says Rich Barvainis, NSF program director. “HERA will help us answer that question, not by studying the primordial stars and galaxies themselves, but rather by studying how these objects changed the nature of intergalactic space.”

Four hundred thousand years after the Big Bang, the Universe was largely made up of neutral hydrogen, the simplest and most common element. Eventually, while the Universe at large expanded, ever-larger clouds of hydrogen gathered due to their mutual gravitational attraction. In time, some of these clouds became dense and hot enough that hydrogen atoms fused and the first stars formed. These first brilliant objects flooded the Universe with ultraviolet light that split or ionised all the hydrogen atoms between galaxies into protons and electrons – the beginning of cosmic reionisation.

SKA South Africa senior astronomer Dr Gianni Bernardi says: “HERA – which operates at low radio frequency – has enough sensitivity to detect cosmic reionisation and we hope to map it very precisely by statistically measuring how the fraction of neutral hydrogen changed with cosmic time. HERA has the potential to transform our knowledge in one of the main SKA science areas.”

The work is all the more impressive because the telescope’s minimalist design makes it a relatively inexpensive structure. Because each antenna will point in a fixed direction, they do not have to move around, so no expensive moving parts are required.

Project Engineer Kathryn Rosie is responsible for HERA’s construction in the Karoo. “HERA is a truly Karoo-based instrument. Construction materials are sourced and fabricated from within South Africa – predominantly from the Carnarvon area. Because the bulk materials of construction are light industry materials such as wood and PVC pipe, there is opportunity for local businesses, which don’t necessarily have a “high technology” customer base, to be a part of this awesome science instrument. We have local contractors installing our main support poles, cutting our structural elements to size, and making up our reflector surface panels from bulk supplied material,” says Rosie.

“Similarly, for our construction crew in the prototype phase, we assembled a team of local young people who have taken on the construction and made it their own. Two SKA South Africa interns who were part of the fibre-training programme in 2015, are included in the team of four. They have rapidly developed into very capable HERA builders who can hold their own with everything from land survey equipment, to general construction and the maintenance of the front-end signal chain of a radio telescope. We intend to grow this team in 2016 to effect the larger build,” continues Rosie.

Connecting HERA to MeerKAT, Dr Rob Adam, SKA South Africa Managing Director, said that “among other investigations, MeerKAT will study evolved galaxies in the later Universe, while HERA will peer back nearer to the dawn of time, when the first stars and galaxies were being formed. In this way they address complementary scientific questions.”

“This shows that the site selection for SKA South Africa was of such a good standard that we attract more international funding to South Africa and the site is a host for other scientific instruments,” continues Adam.

In the next decade, MeerKAT will become integrated into SKA1-MID, Southern Africa’s portion of the largest astronomical project of all time, the Square Kilometre Array. This will be complemented by SKA1-LOW to be built in Australia, which in turn will study in much greater detail the pioneering detections expected from HERA.

HERA is one of a number of low frequency telescopes, including the Murchison Widefield Array (MWA) in Australia and the LOw Frequency ARray (LOFAR) in the Netherlands that are pathfinders for SKA1-LOW to be located in Australia.

About the NRF: The National Research Foundation (NRF) was established on 1 April 1999 as an independent statutory body in accordance with the National Research Foundation Act. The NRF is a key public entity responsible for supporting the development of human resources for research and innovation in all fields of science and technology. The organisation is one of the major players in educating and training a new generation of scientists able to deal with South African and African needs. The organisation encourages public awareness and appreciation of science, engineering and technology, and facilitates dialogue between science and society. Its vision is to contribute to a prosperous South Africa based on a knowledge economy. For more information on the operations and programs within the NRF please visit www.nrf.ac.za. 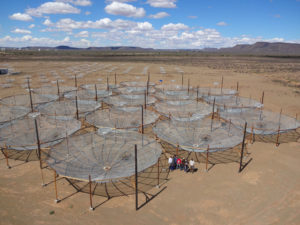 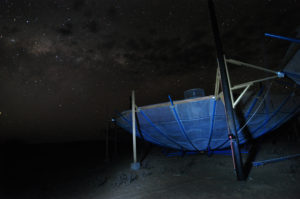 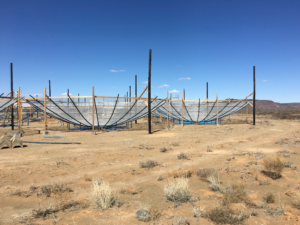