KAT-7 was primarily built as a precursor to the 64-dish MeerKAT radio telescope array and to demonstrate South Africa’s ability to host the SKA. However, it has proved to be a pioneering scientific instrument in its own right.

KAT-7 is considered a compact radio telescope, since its antennas all lie within an area only 200m across, as opposed to the much larger areas that will be occupied by MeerKAT and the SKA. The KAT-7 configuration is perfect for observing nearby galaxies, which emit radio waves on a large scale.

Each of its antennas consists of a movable dish mounted on top of a supporting pedestal, which houses cables and some components. The dishes measure 12 metres in diameter and, in a world first, are made entirely out of fibre glass.

These radio receivers, which pick up signals in the frequency range of 1200–1950 MHz, are cooled to about 70 degree Kelvin (-203°C) in order to reduce the “noise” inherent in all radio receivers. At this temperature, the receiver is 2.5 times more sensitive than at ambient temperatures, allowing images to be captured roughly six times faster. This in turn allows for the detection of much fainter celestial objects.

Once captured by the receiver, the radio signals, which are still in analogue form, travel via fibre optical cables from the antennas to the Karoo Array Processor Building (KAPB), where they are digitised and correlated.

As a pathfinder for MeerKAT, engineers used KAT-7 to test, develop or improve upon many of the technologies being implemented in the larger array.

While KAT-7’s dishes are constructed in a more traditional way, with the receiver directly above the centre of the dish, MeerKAT’s dishes are in a so-called offset Gregorian configuration. This simply means that the dish itself has a slightly different curvature, so as to reflect radio waves to the receiver held out in front of it, nearer to the bottom of the dish, by a single metal arm. Also on that arm is a rotating platform that can house up to four receivers (covering different radio frequencies) and their corresponding digitisers. Whereas digitisation of KAT- 7 data occurs at the KAPB just before correlation, MeerKAT digitisation occurs on the antenna itself, before the data are sent along fibre optics to the KAPB for correlation.

Up-close, a KAT-7 antenna hums a near constant tune due to the ion pump that cools the receiver in a manner similar to a household refrigerator. In contrast, MeerKAT’s receivers are cryogenically cooled using a much quieter helium compressor.

Astronomers have used KAT-7 to monitor Circinus X-1, which is thought to be a binary start system. KAT-7 has also peered into a small region known as the Hubble Ultra Deep Field, which is where the deepest optical observation was made with the Hubble Space Telescope. In addition, the array has also observed radio signals associated with hydrogen emission from a nearby galaxy (NGC 3109) for the first time, as well as the blazar called PKS 1510-089. 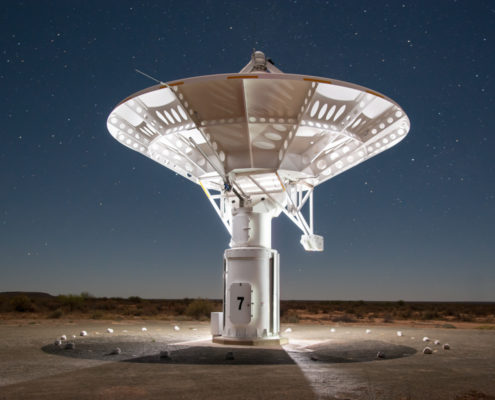 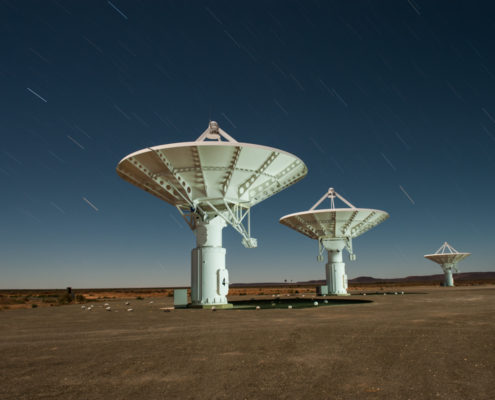 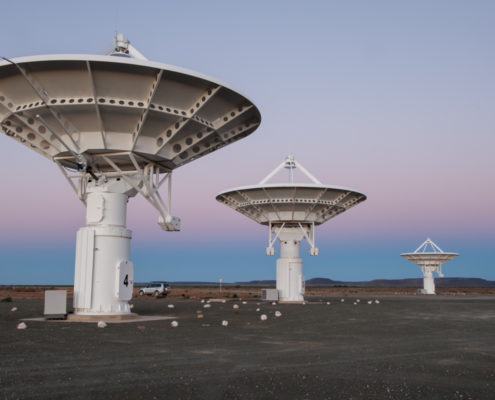 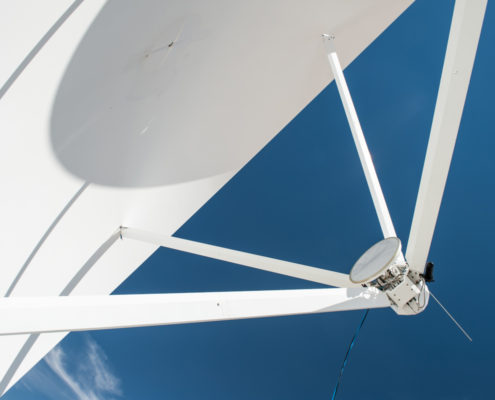 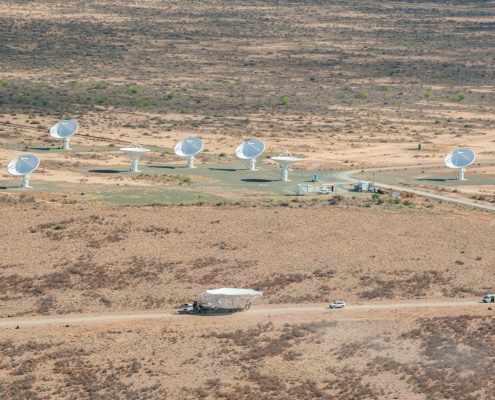