SKAO appoints its telescope directors in Australia and South Africa

The SKA Observatory (SKAO) is pleased to announce the appointment of two widely respected figures in the field as its telescope directors in Australia and South Africa. These positions are the most senior SKAO operations representatives in the telescope host countries.

Dr Sarah Pearce, currently Acting Chief Scientist of Australia’s national science agency CSIRO, will be the director of the SKAO’s low-frequency telescope in Australia. Sarah said: “This is a unique and exciting opportunity to establish the SKA Observatory team in Australia and help deliver the world’s next generation radio telescopes. I’m honoured to continue my work on the SKA Project in this new role, and I look forward to building a long-lasting partnership between the SKA Observatory and CSIRO.”

Dr Lindsay Magnus, currently Head of Operations at the South African Radio Astronomy Observatory (SARAO), will be the director of the SKAO’s mid-frequency telescope in South Africa. Lindsay commented: “As a South African, I am proud to have been chosen to play a key role in the realisation of this iconic international scientific instrument. I am humbled to undertake this task to transform as many lives as possible in South Africa as well as the rest of the world.”

Dr Pearce and Dr Magnus will establish and lead the SKAO’s operations in each country, overseeing staff and all elements of the respective telescope systems which are distributed across a number of locations. Sarah and Lindsay bring with them a wealth of experience, including in managing and operating SKA precursor facilities, and both appointees have been closely involved in the SKA Project for many years.

“I am delighted to welcome Dr Pearce and Dr Magnus as our SKAO telescope directors, both of whom are highly regarded professionals in our field,” says SKAO Director-General Prof. Phil Diamond. “Their expertise on the SKA Project, deep knowledge of the telescope sites and related infrastructure, and of course their established relationships with our partner organisations in each country means they will be able to hit the ground running as we begin the Construction Phase this year.”

During the Construction Phase, currently expected to last until 2028, each telescope director will work closely with the relevant site construction director to coordinate all SKAO activities on the ground. They will also direct the operations activities of all SKA Project staff in each country, comprising employees of SKAO itself and of the relevant partner organisation (CSIRO in Australia, and SARAO in South Africa), working together towards delivery of the SKA telescopes.

The Telescope Directors will be members of the SKAO Senior Leadership Team and will report to the SKA Director of Operations, Dr Lewis Ball who said: “I am thrilled by the prospect of working closely with Lindsay and Sarah who will bring a wealth of talent and knowledge to the SKAO. These appointments herald the start of the Observatory’s activities in the two telescope host countries.”

More staff will be recruited for both sites in the coming months, as the team expands out from SKAO Global HQ in the UK in preparation for this new exciting phase.

Dr Sarah Pearce will join the SKAO from CSIRO, Australia’s national science agency, where she currently holds the position of Acting Chief Scientist.

Dr Pearce has been with CSIRO for 10 years and was previously the Deputy Director of CSIRO Astronomy and Space Science (CASS). In this role, she led CSIRO’s engagement in the international SKA Project and was Australia’s science representative on the negotiating team for the SKA Observatory Convention. She also established CSIRO’s Space research programme, as well as the cross-organisational Centre for Earth Observation.

Her career in Physics began with a first-class undergraduate degree from the University of Oxford, and PhD from the University of Leicester. She has previously been an advisor in the UK Parliamentary Office of Science and Technology, briefing Parliamentarians on policy issues based in physical sciences and IT, and project manager of GridPP, the UK’s programme to deliver computing for the Large Hadron Collider.

A recipient of many awards, in 2020 Dr Pearce was elected as a Fellow of the Australian Academy of Technology and Engineering, was named New South Wales Business Woman of the Year, and Executive of the Year at the 2020 Australian Space Awards. She has also been selected into Science and Technology Australia’s Superstars of STEM programme, and is an advocate for women in science and engineering. 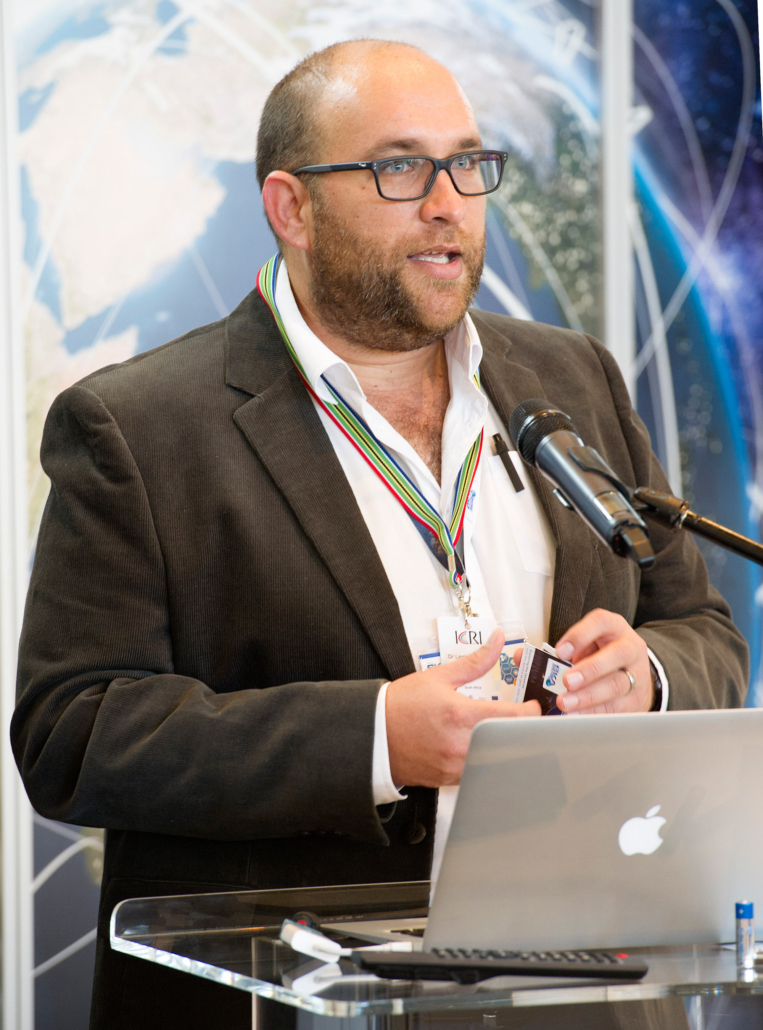 Dr Lindsay Magnus will join the SKAO from the South African Radio Astronomy Observatory (SARAO) where he has been Head of Operations since 2017. During this time he has worked closely with the SKAO and others to plan and prepare for the operations and maintenance of the SKAO’s mid-frequency telescope systems. Dr Magnus joined SARAO (then known as SKA South Africa) in 2011 as Manager of Commissioning and Science Processing, a post he held for five years.

He graduated from Rhodes University majoring in Physics with Electronics and Maths, and completed his Honours year in Telecommunications before earning a Master’s degree in Physics. After lecturing at the Department of Electrical Engineering at Border Technikon (now Walter Sisulu University), East London, he took up a position as a Research Physicist at the Hermanus Magnetic Observatory (HMO), now part of the South African National Space Agency.

At the HMO, Dr Magnus oversaw the operation of the SuperDARN HF radar project at the South African research station in the Antarctic, giving him a unique perspective on operating scientific research equipment at remote locations. During his time at the HMO he supervised students, managed the Antarctic program, conducted research, and was awarded his PhD from the University of KwaZulu-Natal.

Dr Magnus then moved to the SKA South Africa Project and became the Commissioning Team Manager. As it transitioned from a project to an operational facility, and in turn was merged with HartRAO to form the South African Radio Astronomy Observatory, Dr Magnus led the formation of the Operations Division, bringing together the Site Operations, Telescope Maintenance and Telescope Operator teams to support, operate and maintain the SARAO radio astronomy and related infrastructure.