Statement by South Africa’s Minister of Science and Technology

South Africa’s Minister of Science and Technology, Mmamoloko Kubayi-Ngubane, congratulates the Square Kilometre Array (SKA) team of engineers for the successful completion of all essential infrastructure designs required for the first phase of the project to build the world’s most powerful radio telescope.

The SKA, a collection of telescopes spread over long distances that will combine to unlock the universe’s mysteries, will be constructed in South Africa and Australia, with later expansion planned for both countries as well as other African countries. The international collaboration to build the SKA is being led by the SKA Organisation (SKAO) headquartered in Manchester, United Kingdom.

For the last five years, two engineering consortia have been hard at work at their sites in Murchison, Western Australia and the Northern Cape, South Africa respectively, designing all the essential infrastructure required for construction of this complex global project to get under way.  This includes access roads, power, water and sanitation, buildings, antenna foundations, and the communication, security and site monitoring equipment required to support the SKA telescope.

In June and July 2018, after nearly five years of collaboration both within and between the two consortia, both teams had successful critical design reviews, and subsequently made final refinements to their designs.  In order to pass the critical design review, the proposed designs had to demonstrate compliance with SKA “Level 1” requirements. 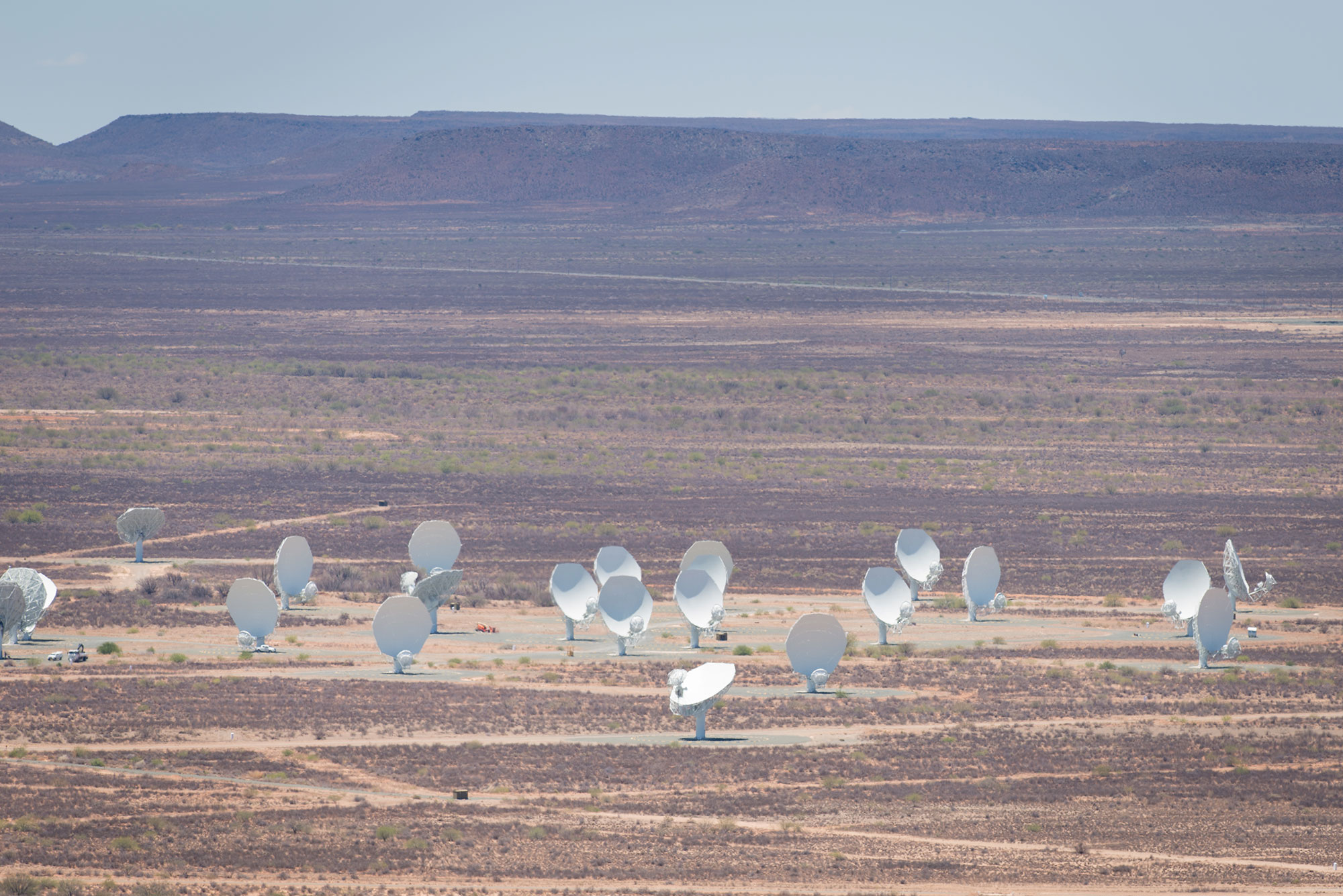 South Africa’s Minister of Science and Technology, Mmamoloko Kubayi-Ngubane, congratulated the Square Kilometre Array (SKA) team of engineers for the successful completion of all essential infrastructure designs required for the first phase of the project to build the world’s most powerful radio telescope. Credit: SARAO

Following the successful review of the key infrastructure components of the SKA – considered a major engineering victory – the project will now move on to the bridging phase.  This phase will bring together all the individual detailed designs of elements of the SKA and integrate them on a system level.  A system critical design review will be conducted in December 2019, after which the project will enter the procurement phase, followed by construction once the establishment of the SKAO as an intergovernmental organisation has been concluded.

“I am proud of the sterling work by our engineers who are part of the SKA project,” said South Africa’s Minister of Science and Technology, Mmamoloko Kubayi-Ngubane.  “SARAO, led by the National Research Foundation, has provided world-class infrastructure for the MeerKAT, which has already attracted other international radio astronomy instruments to the SKA site in South Africa.

“I have no doubt the expertise and best practice developed during the delivery of this precursor telescope enabled the INSA consortium to meet the SKA Organisation’s stringent standards for infrastructure design,” the Minister added.

“We wish the SKAO well for the system critical design review at the end of 2019, and the development of the construction proposal for approval by the intergovernmental organisation.”

South Africa’s Department of Science and Technology has already invested more than R760 million in infrastructure for the MeerKAT radio telescope, which was completed and launched by Deputy President David Mabuza in July last year, at the site 90 km from the town of Carnarvon in the Northern Cape.

Minister Kubayi-Ngubane looks forward to her official visit to Rome next month for the signing of the SKA Convention, following four rounds of negotiations over the last few years.  Italy, which led the multilateral negotiation process, was the first country to initial the document.  The Minister will then proceed to the SKA Global Headquarters in Manchester, UK.

Issued by the Ministry of Science and Technology