SKA SA focuses on Mathematics and Science (and English) because of the nature of the instruments being built in the Karoo, and its objective to support young people from the local communities to study towards careers in science and engineering.

SKA SA, and the local schools, are excited by the number of learners in the area leaving school with university exemption, and accepted to study science and engineering degrees at university.

Robyn Ford, who was head girl at Carnarvon High School in 2016, will be studying toward a BSc Computer Information Systems degree in 2017. “My matric year has taught me patience and to work hard from the start. My schedule as head girl was tough, but first and foremost I had to focus on learning,” says Robyn.

Her favourite subjects in school were Life Sciences, Computer Applied Technology, English and Afrikaans. She received a bronze medal at the Eskom Expo for Young Scientists for her project on Linear Algebraic Comparisons,using Python. “That was one of the highlights of my year, in addition to being chosen as head girl,” she says.

Nigel Maans, originally from Loxton in the Northern Cape, has registered at the Sol Plaatje University to study toward a BSc degree in Data Science.

He was the head boy at Carnarvon High School in 2016 and the captain of the first rugby team. “My parents are not well off and this motivated me to work hard and stay focused. I want to become a data scientist and I am prepared to work very hard, because success only comes through hard work,” he says.

He enjoyed Life Sciences and Mathematics at school: “This is what inspired me to apply for the degree in Data Science,” he continues.

Maxene de Wee, also from Loxton, says that her final year of high school was a good year for her.

“Mathematics is my favourite subject because I like problem solving and finding different solutions to a challenge,” says Maxene.

She applied to the University of the Western Cape to study for a BSc degree in Computer Technology.

Cotenay enrolled for a BSc degree in Computer Science at the University of the Western Cape. He is originally from Carnarvon and wants to design lifestyle applications (or apps, as we know it) one day.

“My final year of high school was a highlight for me because it was the most important. I was successful in everything that I tackled in 2016,” says Cotenay.

He participated in several activities during his matric year, including the Science Expo, the Pop Quiz, Mathematics challenge and Science Festivals, activities all sponsored and supported by SKA SA.

The bursaries are part of the SKA SA Human Capital Development programme, which has since its inception in 2005 sponsored more than 815 students at different levels of tertiary studies.

“SKA SA places a high premium on educating young people and increasing the public understanding of science. The organisation is committed to nurturing learners’ talent in the Northern Cape through support at school level and beyond,” says Dr Rob Adam, SKA SA Managing Director.

In 2016 SKA SA awarded the first bursaries for university studies to five students from the Northern Cape.

Janethon de Klerk, Kyle Henderson, Cedwill Abdol, Bradley Bosman and Anver Adams all passed their first years at university, many of them with distinction, and are looking forward to continuing their studies in 2017.

Janethon, studying towards a BSc degree in Physics and Mathematics at the University of the Free State, achieved three distinctions for Computer Literacy, Mathematics and Chemistry.

“My first year at university was one of the biggest challenges ever. I had to be responsible for myself, and take important decisions on my own. It was very stressful, but I am grateful to SKA SA for the sponsorship and support. I am proud of my first year result, especially getting three distinctions,” says Janethon.

Anver, who is studying towards a BSc degree in Physics at the University of the Western Cape, says: “I have learnt that success at university level is completely dependent on you, the amount of the work that you put in, and how determined you are to be successful. You also need a good support system and you need to surround yourself with positive people to achieve success.”

Bradley achieved a distinction in Mathematics and says that he learnt some valuable lessons during his first year at university.

“My first year was hard because it was the first time that I was away from home for such a long time. I have learnt a lot of lessons at university, of which the most important is to be responsible and not taking decisions that could impact your future negatively. I am excited to continue with my second year at university,” says Bradley. He is completing a BSc degree in Physics, Mathematics and Chemistry at the University of the Free State.

Kyle joined the University of the North West in 2016, to study towards a BSc degree in Physics and Mathematics. He will continue his degree this year with a focus now on Computer Science and Physics. “University makes you see things differently, and although my course is changing slightly, my end goal is the same,” says Kyle.

“I am very positive about continuing my studies and realised that the methods you learn at university level is important and will stay with you for a long time. Success is not only about hard work, but also about testing yourself regularly on what you think you know, to see what else you need to improve on,” says Kyle.

Cedwill says that his first year was exciting, yet challenging. “The greatest lesson that I learnt was to never postpone important tasks and to always stay positive.”

Conrad, from Hermanus High School, achieved eight distinctions and an overall average of 98%.

He has enrolled for a BSc degree in Theoretical Physics at the University of Stellenbosch in 2017 and hopes to own his own research company one day.

“I’ve always hoped to achieve excellent results and worked for them through my time at school. I’d like to acknowledge the dedication of all teachers at Hermanus High School. In future, I plan to do research that would be of benefit to all people and ensure a better future for humankind,” says Conrad. 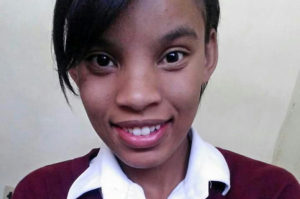 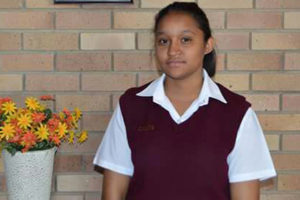 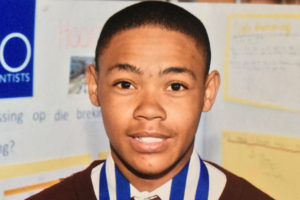 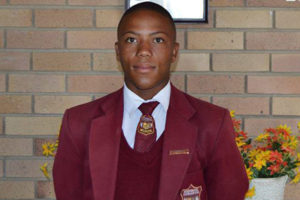 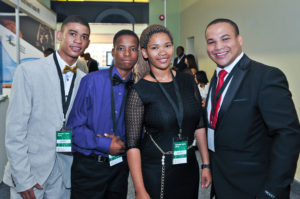 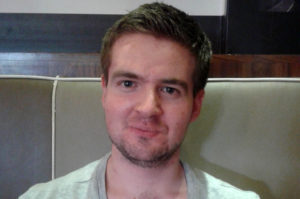