MeerKAT radio telescope observes a rare burst of activity from an exotic star, demonstrating outstanding capabilities as a new instrument for scientific exploration

Standing on the shoulders of giants: a South African’s contribution to global radio astronomy

HERA: Building to view the past

PAPER a precursor to HERA

Paving the way towards the SKA: astronomers detect signal from the first stars

The main aim of the SKA/AVN African Ministerial Forum is to provide political and strategic leadership on matters pertaining to the SKA and AVN projects and other relevant initiatives, including the establishment of Big Data infrastructure and capacity.

While all the member countries highlighted financial constraints as a major obstacle to the full rollout of the AVN project, they were unanimous that progress was being made.

Partner countries particularly welcomed the positive results of the SKA Human Capital Development (HCD) programme. To date 127 students from partner countries have benefitted from the HCD initiative, out of a total of 136 from Africa as a whole.  Of these, 14 have graduated with honours, 32 with master’s and 24 with doctoral degrees.

The meeting noted another initiative aimed at developing radio astronomy capacity in partner countries, namely the Development in Africa through Radio Astronomy (DARA) programme.  DARA was specifically designed to support the African SKA and AVN projects and it is making valuable contributions to strengthen radio astronomy in partner countries. Funded by South Africa and the United Kingdom (through the Newton Fund), DARA undertakes numerous projects, including running Linux and Python training for science and engineering postgraduate students at South Africa’s Centre for High Performance Computing (CHPC).  The courses are important for capacity building in high performance computing and data science, a key technologies to support and develop radio astronomy.

The Ministers noted the importance of the Big Data Africa project for both astronomy as well as more general preparations for the fourth industrial revolution. Given the significance of big data and cyberinfrastructure in economic development at both national and regional level, it was agreed that South Africa and Namibia would explore ways of integrating the Big Data Africa activities in Southern Africa into the SADC Industrialisation Strategy, taking into account prior work within SADC, and liaising with the other members of SADC.  Kenya will explore a similar intervention in East Africa, and Ghana in West Africa. It was recommended that this work be presented to the African Union through the intervention of the Ministers.

The meeting also congratulated the team, led by South Africa, that had successfully bid for the International Astronomical Union’s 2024 General Assembly to be held in Africa for the first time.  In anticipation of this event, member countries were urged to contribute to a working document titled “Astronomy 2024 – The Audacious African Vision”, which includes ambitions for human resources, infrastructure, legacy projects, operations and funding. 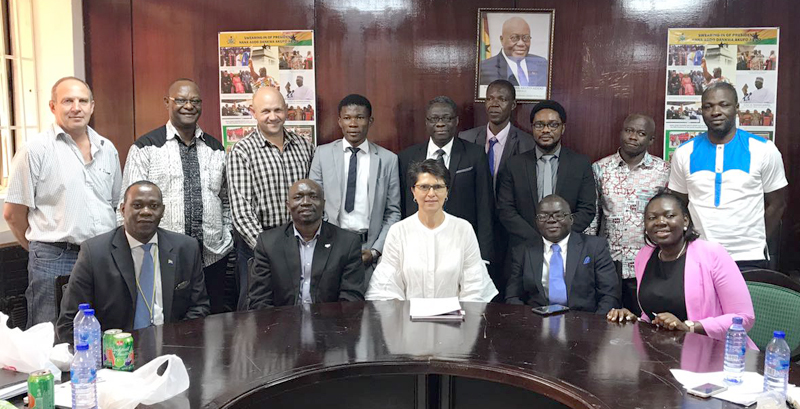 Big Data Attendees at the one-day work session which was held on 11 July 2017 at the Ministry of Environment, Science, Technology and Innovation in Ghana to kick off the High Performance Computing training programme in Ghana. 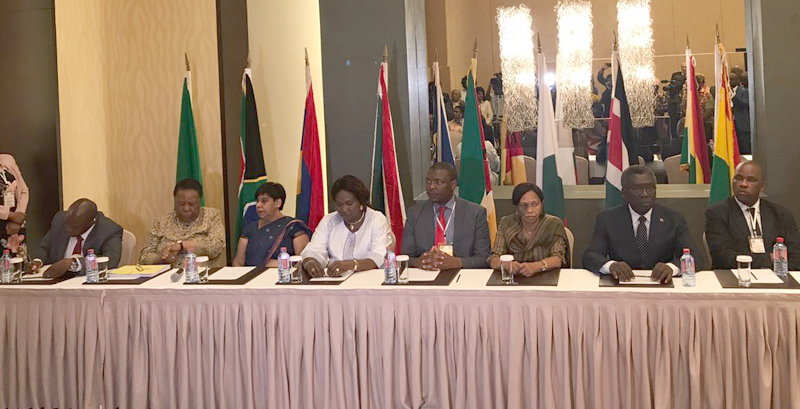 Members of the nine SKA African partner countries concluded the Fourth Ministerial Meeting on the SKA in Accra, Ghana by signing a memorandum of understanding to collaborate on radio astronomy. 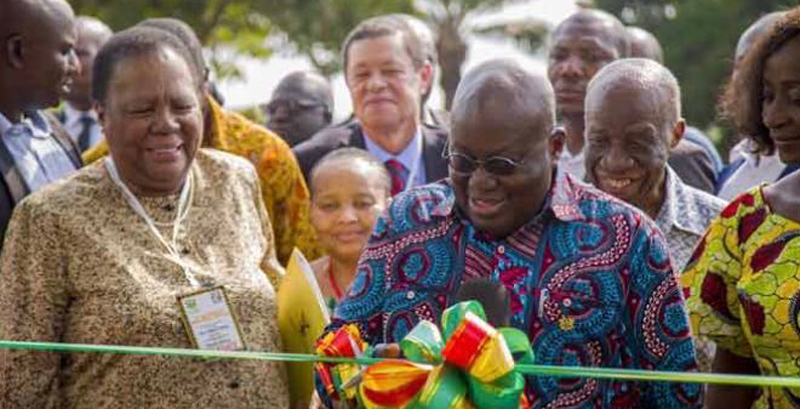 Minister of Science and Technology Naledi Pandor watches on as the President of the Republic of Ghana, His Excellency Nana Addo Dankwa Akufo-Addo cuts the ribbon at the launch of the Ghana Radio Astronomy Observatory.

The launch of the Ghana Radio Astronomy Observatory was covered 119 times in the media between 23 and 25 August 2017:

In other African countries: 8 times